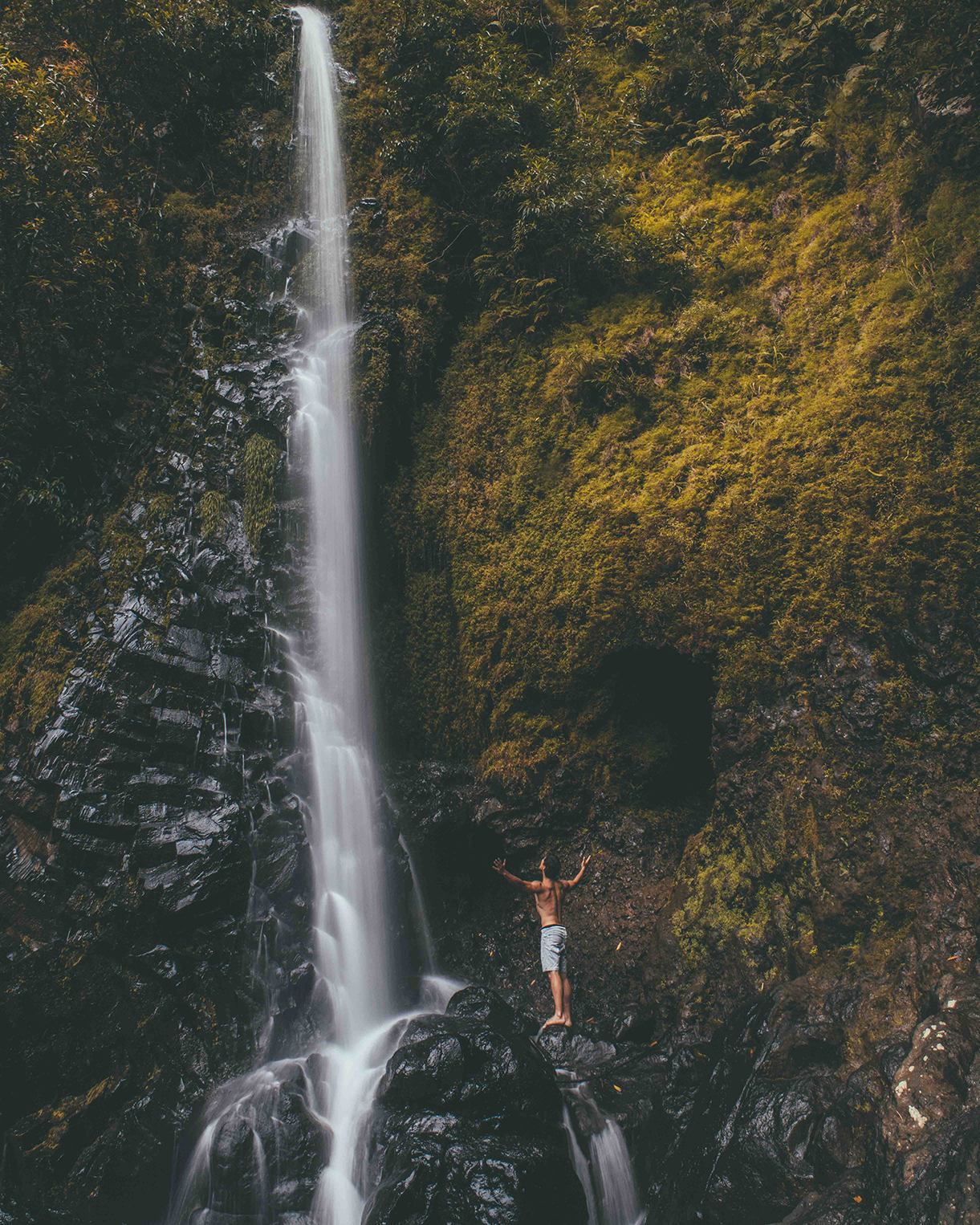 Today as it’s my first post I decided to let you discover a little bit of my beautiful island.

Reunion Island part of the Mascarene archipelago is located in the Indian Ocean between Mauritius and Madagascar. Emerged from waters 2 or 3 millions years ago, that makes it the youngest island born from the hot spot of Indian Ocean, which created India, Maldives, Seychelles and Mauritius. This is the reason why the mountains are so high and the landscape so tormented. The highest summit called the Piton des Neiges reaches 3070m in height. 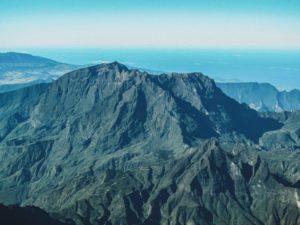 Because the island is still on the hot spot we have one of the most active volcano of the world. It has erupted more than 100 times since 1640 and is under constant monitoring. Last eruption was in July 2017 and lasted more than an month. The Piton de la Fournaise is an Hawaiian type of volcano and therefore the lava is quite fluid and present no risks for the population. 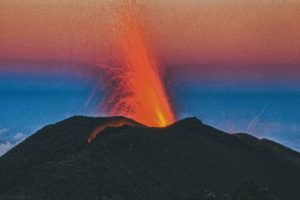 Population on the island came from many countries. First discovered by the Portuguese the Island was then claimed by France to be a part of his colony. There used to be slavery in Reunion Island until 1848 a lot of slaves came from the east coast of Africa, Madagascar, India And China to work in sugar cane and coffee plantations.  There were no indigenous people before and the island was originally deserted. These populations have mixed from the earliest days of the island’s colonial history resulting in a majority population of mixed race and of “Creole” culture.

The predominant religion here is Christianity but every town on Reunion island host a mosque and Hindu Temples. This place is world renowned for it’s “living together” way of life as every religion is well accepted and respected.

The island is 63 kilometers long, 45 kilometers wide, and covers 2,512 square kilometers. The climate in Reunion is tropical. The weather is cool and dry from May to November, but hot and rainy from November to April. Due to high mountains and trade winds, precipitation levels vary greatly within the island, with the east being much wetter than the west. The center of Reunion island is mostly mountainous and is the reason why 90% of the population live on the coastline. 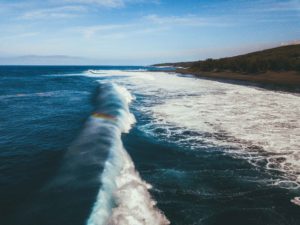 Reunion island is a French island so we speak French (for most of the population not that much in English…) and pay in Euros price are quite high there because a lot of products are imported. But medical facilities are good and there are no poisonous animals on land so you can go everywhere safely. Unfortunately since 2011 Reunion Island knows a very painful shark crisis. Due to multiple factors it seems like the population of Bull Sharks has raised incredibly fast with no regulation of the biggest and dangerous specimens resulting in multiple shark attacks most of them being fatal. So be very careful to bath only in authorized places and if you planned to go there for surfing forget about it or enter water at your own risk.

That being said let’s make a list of what to do here.

As Reunion is mostly mountainous so it’s the paradise for hikers, trail runners, climbers, paragliders and sports lovers in general.

Million years ago big empty lava domes collapsed leaving three calderas in the middle of the island. These calderas Mafate, Cilaos and Salazie are giant playground for people loving to get lost.

Salazie is the most accessible one and the road is quite easy by car. There are a lot of village there called “Ilet” some of them like Hell Bourg hide beautiful creole style houses. Located on the east coast of the island the vegetation is quite dense with primitive forest and beautiful waterfalls.

Cilaos is more tricky to reach but you can still get there by car if you are not afraid of a one hour drive with thousands of turns. Hot springs flows from the mountains and there is an place  where you can do thermal cures. It’s also well renowned for all climbing activities, you can perform high level routes of more than 1000ft, and there are a lot of canyons to descent some of them take an entire day to go through with multiple rappels and natural water-slides. 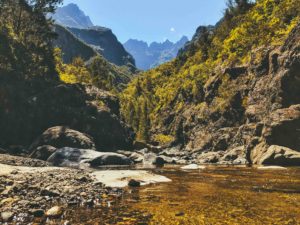 Mafate is the wildest most incredible place to visit on Reunion Island. there are no roads to get there and the only way to reach one of the “Ilets” is either by helicopter or by foot. I Highly recommend trekking through this beautiful raw untouched nature. Going in Mafate is for most of the inhabitants a way to get back to nature and forget the fast city life of the coast. traveling through Mafate is hard, exhausting but so reward-full. Nature lovers you’ll never forget your experience there.

Piton des neiges is the highest summit of the island as well as in the indian ocean it rises up to 3070m it takes more less than 6h of walk to reach the top. I let you imagine the breathtaking views you can get from there, from burning sunset to pinky faded sunrises. You can if you’re lucky enough see the lights of Mauritius and the milky-way popping through the dark skies. There is not that much noise pollution there so you’ll see night skies like never before. 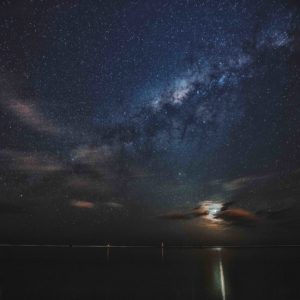 Piton de la Fournaise is the active volcano. Located in the south of the island you can hike your way to the summit and do the full circle around the two biggest caterers Commerson and Bory. It’s like landing on Mars but don’t forget that you’re on a tropical island, put son sunscreen on. It’s quite high so the air is very cool and you won’t feel the sun until you get back to your hotel and realize with bitterness that you’re as red as a lobster. 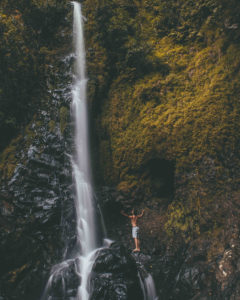 As I said earlier we got a big problem with sharks here but still there are a lot of places to go to enjoy a good sunbath. The west coast protected by the mountains from the trade winds and the rain became a good environment for coral reefs to develop so you can find lagoons in towns like Saint Gilles les Bains, Saint Leu and Saint Pierre. As a volcanic island there are a lot of black sand beaches, the biggest and favorite one being at Etang Salé. There are also along the coast a lot of beautiful secret sea pools to discover. You can do diving in many clubs in the cities of the west coast. Few years back Reunion Island used to be a world renowned destination for surfing, Saint leu’s left being a world class wave hosting one of the World Surfing Championship competition. You can also book boats to go fishing and if you plan to come between June and August you’ll probably see Humpback Whales doing crazy jump less than hundred meter from the shore. 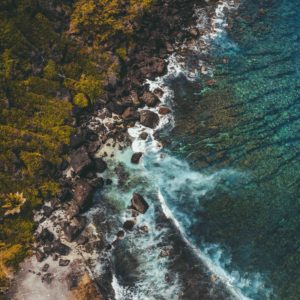 Reunion Island is known for it’s mixed creole, french and Chinese cuisine. Everywhere you can find restaurants for lunch with lots of cari on the menu. Cari are a typical creole dish made of meat or fish in tomato and onion sauce accompanied by rice, beans and chili. But you can also find typical french cuisine or fast foods. I recommend you trying Cari poulet (chicken), Vanilla duck or rougail saucisse (sausages).

From luxurious hotels like the Palm or the Lux* to airbnb you can always find places to stay. For your trip in the mountains don’t hesitate to book guesthouses on the website of the office de tourisme de la Reunion.

That’s mostly it. I’ll post a new article every week on new spots so you can discover in details what’s nice to do here on our beautiful island. 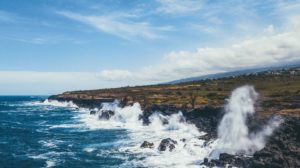 Keep your eyes and mind open

This site uses Akismet to reduce spam. Learn how your comment data is processed. 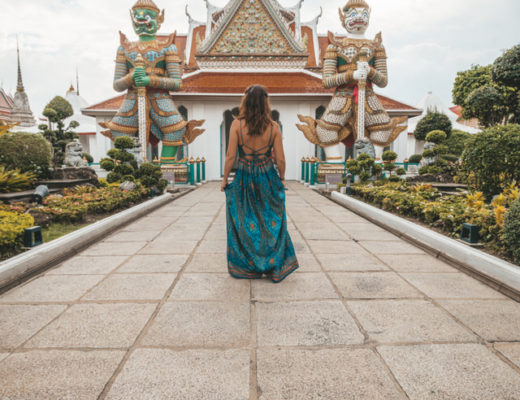